Remember when the White Sox were in first place? They went on a big surge and kept it up for a while even after this: 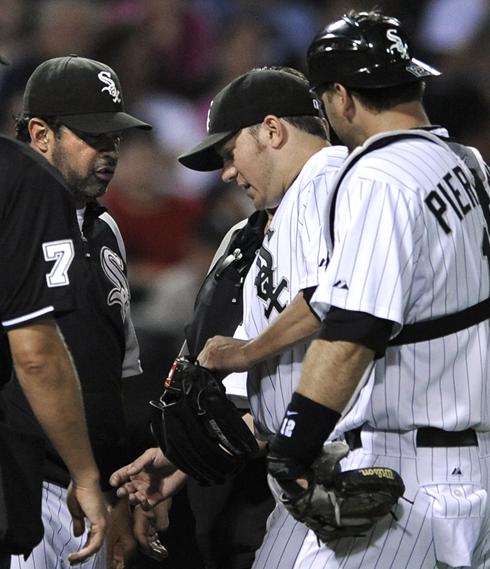 All was well on the south side of Chicago they were making fun of their neighborhood Twins fans because their team couldn’t get them out of first even with a lost Peavy. Then… it happened, they went on a I don’t know how many game slide and lost first place in their division almost as quickly as they had gotten there. For the rest of the season, all they would do is have their defecit increase as the twins were the best team in baseball over the second half of the season. So they needed to make some moves, right? 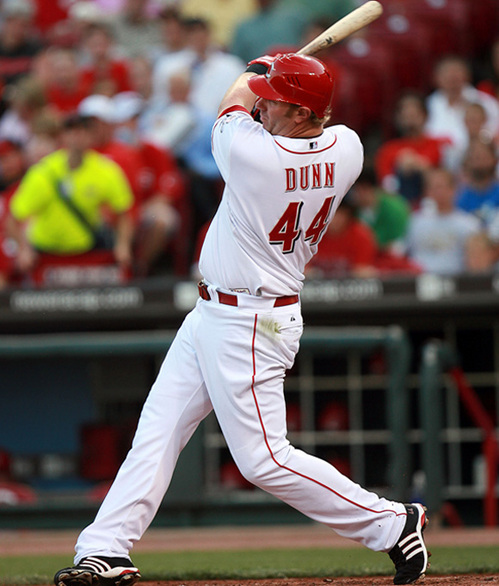 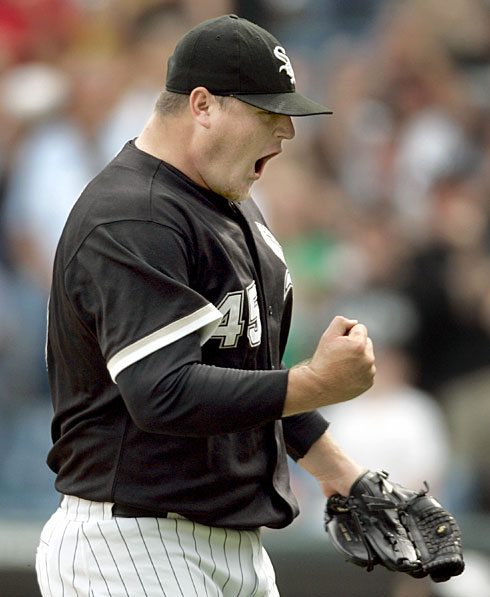 Bobby Jenks, Manny Ramirez, Scott Linebrink, Freddy Garcia, and JJ Putz (maybe Mark Kotsay).
Why?:  I think we can all agree that the White Sox only added two impact players, if that many. Though this grade isn’t for just the additions vs subtractions it is for the offseason as a whole and they sure did capitalize on what I predicted would be a disastrous offseason for them with both AJ Pierzinski(Is that right? I was never good with the spelling of the polish surnames. Then again, who is?), Paul Konerko and all the rest of the notable free agents that left.
What really stood out to me was that the White sox were able to both get an impact lefty bat and keep Konerko and Pierzinski. Had they lost Konerko and Pierzinski they would have been more in the D range but they not only resigned Konerko and Pierzinski but saved some tens of millions of dollars over, or should I say under, market value. They then solidified their bullpen with Jesse Crain. Would it have been better to have Jenks and Linebrink? Yes, of course. Would it have cost them more? Yes, of course. Do they have any role in the bullpen that is not filled? Yes, of course. Wait… no! They don’t have any unfilled roles in the bullpen. I must have hypnotized myself.
Predicted Record Range:85-90 wins They still don’t have a defined ace until Jake Peavy recovers ( before y’all Sawx fans get up in arms I do not consider John Danks an Ace because of his inconsistency. It has nothing to do with how good he can be at times. I do in fact think he will (may) be an ace in the future but he is not at this moment). So, until Peavy get back ( and I mean *really* gets back) I cannot put this team above that figure. If Peavy comes out of Spring training a Cy Young candidate we’ll talk but until then, this is their range.
Next Up: Detroit Tigers
The Fordham Prep baseball team just played its first game of the pre-season. I will get that up by tomorrow in hopes of making fans out of lazy parents (please don’t read this, please don’t read this). So , the MLB fans just bear with me until it is snagging season. I will be still doing the team previews simultaneously but for those who do want to read about my High school’s games I will be getting that game’s recap up tomorrow some time. Here is the schedule if you want to know approximately when the recaps will be going up.