Another year, another playoff. The only time the Yankees have missed the playoffs in my life time was in 2008 and they were closing a historic stadium: 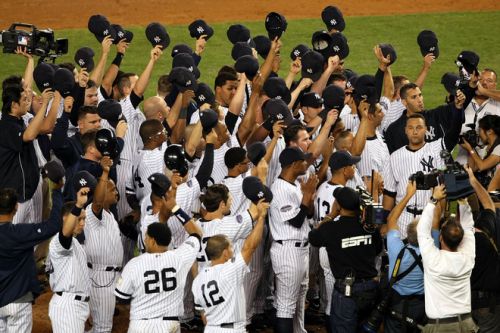 I mean even Manny has to accept the simple truth that the Yankees will always be at least good: 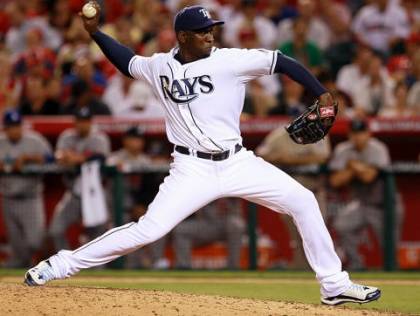 Andy Pettitte, Javier Vasquez, Austin Kearns, Chad Gaudin, Kerry Wood, Lance Berkman Marcus Thames, and Dustin Moseley.
Why?:   Another season of the Bronx is burning? I must have had at least half a dozen people ask me “Do you think the Yankees are making the playoffs this year?” My answer, I ‘m not sure. It isn’t because the Yankees aren’t a playoff caliber team but I see the Red Sox beating them for the division. As for the wild card, there are 3 really good teams in the AL Central, 3 great line-ups, and 3 solid pitching staffs. I don’t see this division as a purely “win it and in it” division. The wild card race will be competitive this year because there are three teams that will keep the pace up all year.
However, let me get something straight. The Yankees are not a horrible team all of a sudden because of the losses they took. Yankee fans see eight names in the “Notable Subtractions” section I see mid summer pick ups and easily replaceable players (except Pettitte) but losing Pettitte will not destroy this team. I will remind people that this team won NINETY FIVE games last year. I know they lost Pettitte but they didn’t have him for half of last year and he is not worth ten games in and of himself.

Predicted Record Range: 87-92 wins They will slow up a little. Maybe I’m just a spoiled Yankee fan but I think they will indeed contend once more. Another thing to take into account is the impact Jesus Montero will have on the line-up which I cannot account for.

To parents: recaps of our last two games will be up tomorrow. To everyone else: the study I mentioned in some entry I can’t remember about adults’ perception of baseball will be up before next Sunday.