As foreshadowing, my day started off poorly. I was obligated to put on sunscreen outside the gate and as a result the glove trick with fishing line (as I use it ) became a very difficult task because my hands kept slipping on the line and thus i couldn’t get a ball that fell in the LF gap:

I eventually conceded to a person with a cup trick that snagged it in five seconds after he readied his device.

Why  was I not by the first base foul line for the pitchers warming up you ask? Well because right field and all sections to the right of that were closed until 5:00 but I did eventually make my way to the center field corner spot (the spot furthest to the front and left, from my perspective, of the section). From there I had priority to any ball hit in right field. I used this to get Brain Snitker, the third base coach, to toss me a ball.

I then moved back to left field when a few righties came up and when Martin Prado tossed a ball to a kid and missed high I collected it and handed it to him right away.

Back in right field when Jason Heyward’s group came up, I used my glove trick to pick up a ball that landed in the gap between the walls:

Yes that is a Hilton pen that I have my fishing line on. Why? In order to prevent tangling like that which I pointed out at the end of the day before’s entry. There was another ball that landed in the gap later on during bp (I don’t remember when) but it was wedged perfectly between two metal strips in the gap so that I could not move it. I then moved back to left field when the Rockies pitchers came out to warm-up and got Ubaldo Jimenez to toss me a ball:

Bad News: He under threw me by two feet and the ball fell into the gap.

Good News: There was a construction/painting platform below me so I just had to lean over a bit and I picked it up.

Back to right field. I got Matt Pagnozzi to throw me a ball. As you can tell there really wasn’t much Home Run action. Had there been I might have found myself in double digits at the end of the day. Oh well, someday. There were a few that came near me but people were just in the right spots as I positioned myself to have as much open running room as possible. The picture to describe this: 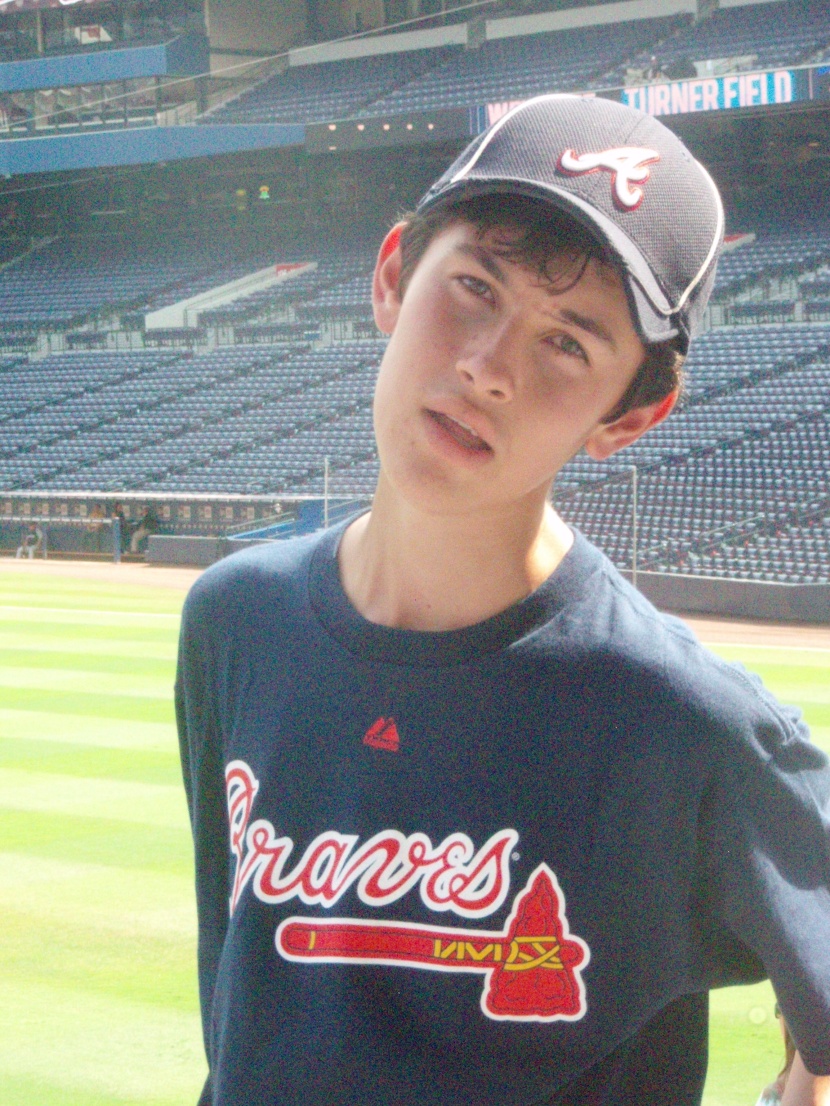 I would described the feeling behind my face as tired due to running back and forth, disappointed because of the balls I got blocked on, and a little annoyed because I don’t have one shot of me actually snagging a ball. I mean I’m not catching ten balls a game so it is a bit tough with a screen that goes to sleep every five seconds but given my luck at that point the smaller details were what I was fretting about to distract myself from how the game had gone.

…Until I made it to my seat:

I mean that was AFTER the game had started. I mean literally if a foul ball landed in that section I had a 50% chance of catching it. Turns out all I needed was that one row as in the second inning Nate McLouth hit a foul ball right to that row. I only had one person to beat which was a kid behind me that also had a glove but he was talking to his dad at the time and didn’t even see the ball go up. I ran about half way through the row, put my glove up, caught the ball and then had my left leg hit the back of a seat because I had been tracking the ball. That was what I was going for so I was happy but not surprised. I stupidly did not have my mom take a picture of me after I caught the ball but here I am with it later on:

I am actually holding the smudge that the bat created on the ball towards the camera, if you can see. I also made a shocking discovery involving my first foul ball (as a ballhawk. I ended up with one in… 2000 I think.) that I had not thought through before catching this one. It had not been rubbed up much if any. Here is a picture of me with that ball that I took for a mygameballs.com article:

If you look at the color difference of the two it shows you how little this ball was rubbed up with mud. I have gotten umpire balls before that were rubbed up but I guess it took me catching a second foul ball to realize that those had just been in the game. I know this train of thought may seem weird but I just didn’t think about the ball at the time because I was too excited that I had,won a scramble for, a foul ball.

Wanting to catch another foul ball, I stayed in those seats until the seventh inning stretch. At which time, I moved over to around the Rockies dugout, via seat weaving. The view:

I got nothing in two innings (because there was no bottom of the ninth) from, first baseman at the time, Ty Wigginton. He just threw it elsewhere to one Rockies fan and one non-Rockies fan.

I then tried to once again tie my career high by getting the home plate umpire (I don’t remember who) to toss me one of his excess baseballs. He either had none or wasn’t in the mood after being argued with by both teams various times and walked straight into the umpires’ room.

Next up was the bullpen guys who just had no baseballs with them. Actually I shouldn’t say that. The bullpen guys always have a ginormous bag full of baseballs but unless one of the actual pitchers picked a ball up before it was put into that bag and had it in his pocket it is unlikely the person carrying the bag will go through the trouble of setting the bag down, unzipping it, taking a ball out and zipping it back up again just to give a ball to one of their out-of-town fans. I would have been fine with this but I was on my way out of the stadium when, rookie bullpen pitcher, Rex Brothers arrived and started signing autographs. I ran down in hopes of getting a ball signed when he stopped signing. The culmination of these things led to this face (notice I did not forget my attention grabbing Rockies shirt this time): 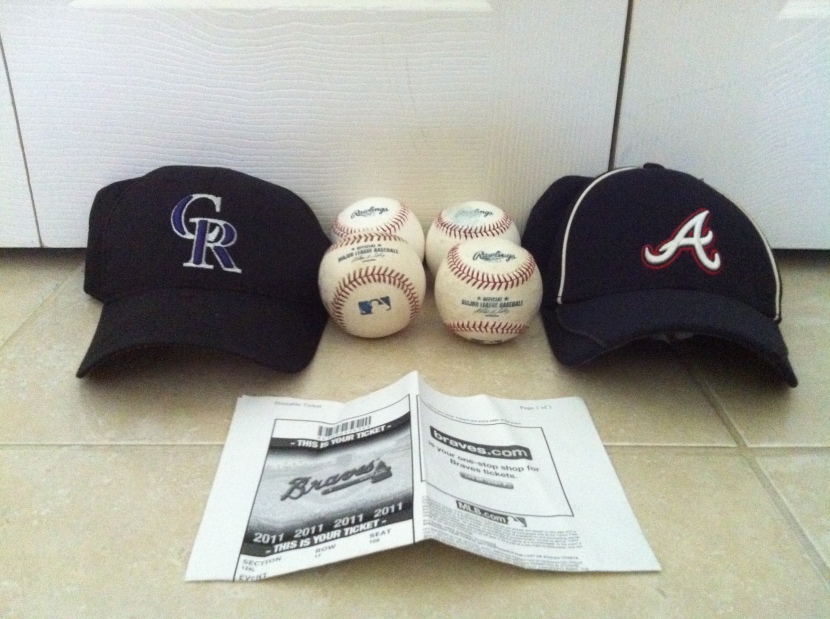 because I cannot find the camera upload cable I will today be skipping ahead to my second game in Miami until I get back to NYC.