If this isn’t your first time reading this blog, you’ve probably seen my “Observing Baseball Icon”. You know, the one I designed and wrote about in this entry. But…for those of you who are too lazy to click the link for whatever reason, here’s the icon I’m talking about:

Now, let me clarify the thing that everyone I have talked about the icon in person with has asked me: “Mateo, isn’t that a logo.” No, it’s not the logo. The unofficial logo for Observing Baseball can be found *within* the icon (it’s the circle with the “OB” in it), but this image itself is not the logo.

Anyway, I liked this icon when I made it during my high school’s senior internship, but now that I look back at it, it’s really cluttered and is too “me, me, me” for my taste and probably everyone else’s. So, with the new year coming up, I decided I have excuse enough to remake the icon. I thought of the  basic idea for the logo pretty quickly, so while we were filming the “How to Dissect/Deconstruct a Baseball” video, I explained to Jonathan what kind of picture I wanted him to take for the logo. He failed: 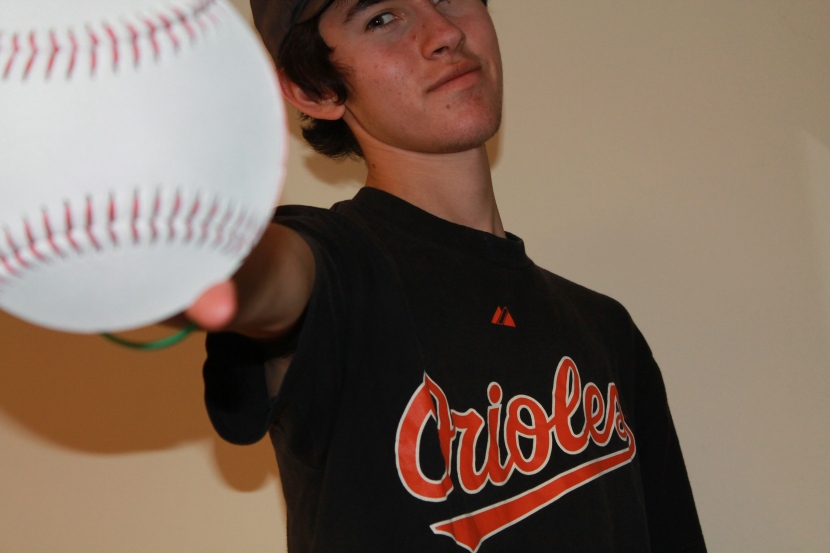 So then I took a picture of him showing him how I wanted it to look–which also ended up being a failure of a picture, but he got the idea: 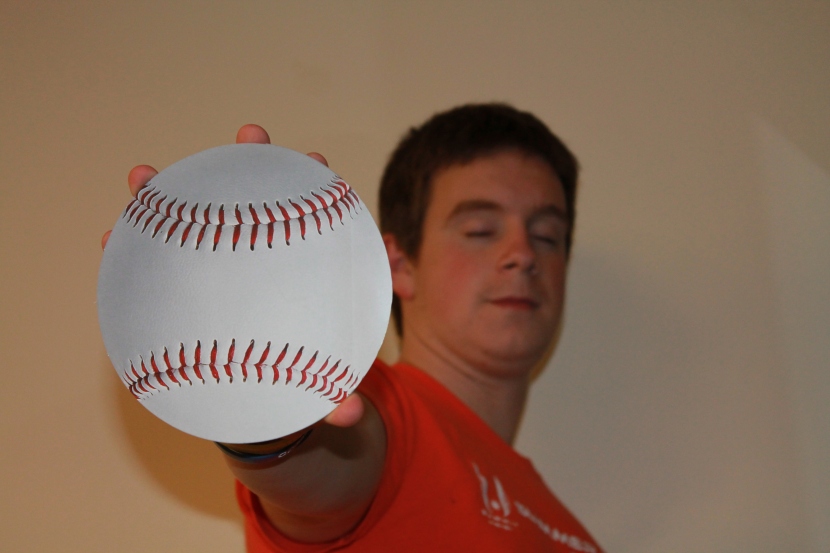 Anyway, we took the final picture that I ended up using right after that: 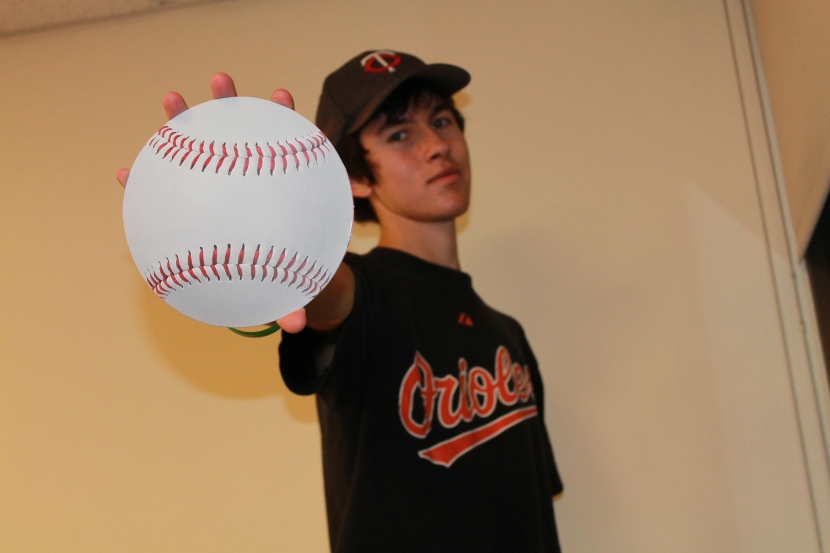 I knew I wasn’t going to write this entry until about Christmas, but the day I was supposed to leave to San Francisco for Christmas, I remembered that I don’t actually have Photoshop on my laptop, so–almost an hour later–I had the new icon edited and ready to go: 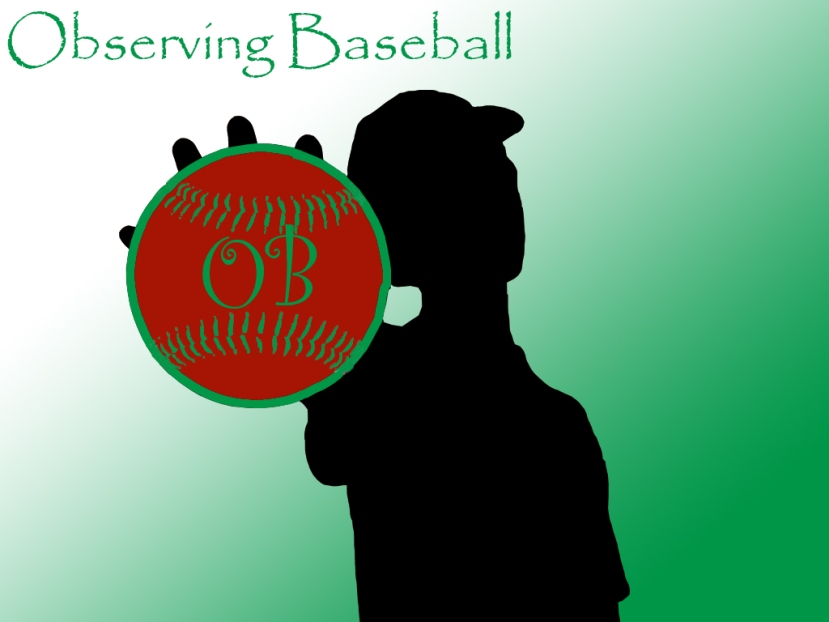 Then I thought, “How would it look if I went with black instead of white?”:

The I thought, “You can’t see my hand in that one; let me change the angle of the color gradient.”:

Then I thought, “My two favorite colors are orange and green. Why don’t I make those the two background colors?”:

Then I thought, ‘Well, I might as well see what would happen if I used an all-bright-colors background.”:

Then I thought, “Why don’t I make it Christmas colors for fun, since that’s coming up soon.”:

Then I realized that I probably should have darkened the red in the logo, because red and green are complementary colors, so I did that:

And then I thought I should go to bed and stop messing around with color schemes in the computer lab.

So, I ask you, my dear readers: Which would you like to see the most as the icon for Observing Baseball moving forward? Vote for your favorite in the poll below:

And as always, vote for which entry(s) you would like to see next if you haven’t. ( I know it’s annoying, but it’s just in case someone new comes along whenever. I don’t want them to have to go back like five entries just to be able to vote for the entries of their choice.):

And here’s the link to where I explain what these different entry types mean.

I guess I should mention that with this entry coming out, there will be still three more entries coming out between today and January 1st. They will be published three days straight. So they will go December 30th, December 31st, and January 1st. The last one, however, will just be me publishing the stat report that WordPress sends out at the end of the year. It should be interesting for all of you guys regardless, though, if you’re into that kind of stuff.