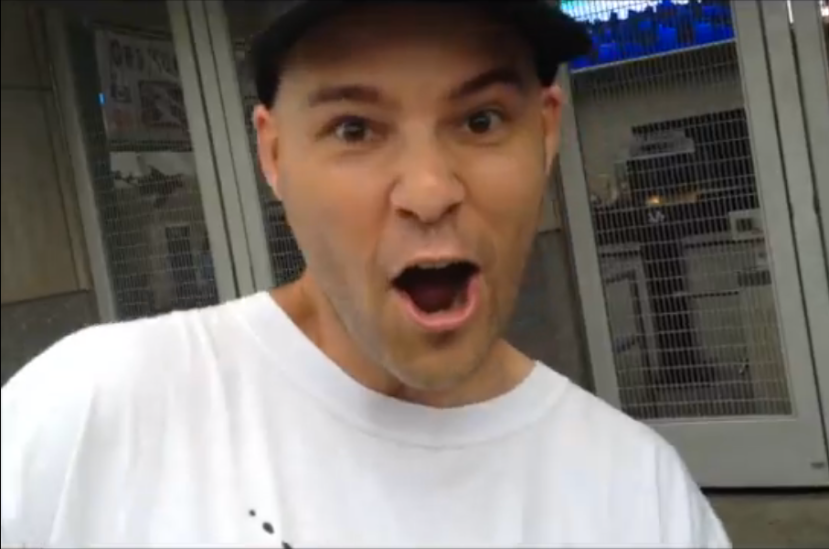 Entries with Zack in them: 27

How I met Zack: I don’t know if there was a single time I heard of Zack. The first distinct event I remember, though, was this: I was known–among other things–as the baseball-obsessed kid in my pre-teen years. (Trust me; I have the years worth of baseball books I never read to prove it.) Anyway, as I alluded to in that last sentence in parentheses, this lead everybody and their grandmother to go with baseball-related books when in doubt as gifts. One such book was “Watching Baseball Smarter”. Unlike most of the books that I have been given–which I convinced myself I’d read later as I put them on my bookshelf, only to be left, still unread–it seemed interesting, so I started reading it. While it ended up not being a book I particularly enjoyed, when I saw the author’s picture on the back, I thought, “Hey, that’s that guy who catches baseballs that I’ve heard of a few times.” (Again, because I was “the baseball kid”, a couple of people had told me about Zack before that point, but it was never more than a mention until I realized *he* had written the book.) After I read the book, I went on two road trips with my dad and snagged a combined four baseballs in 18 games. While it’s true that I didn’t get to the gates before they opened, didn’t really ask players at all for baseballs, and didn’t read Zack’s blog, I was kind of feeling, “You know, this whole do-it-yourself snagging thing really isn’t working, so I should learn directly from the expert himself.” So, that next year I saved up the whole year to A. Go to a “Watch With Zack” game, and B. Go on a third baseball road trip with my dad where I would have a clue as to how to snag a baseball. And that Watch With Zack Game was where I met Zack (more specifically, the 79th street subway station). I would write more about the experience, but I’m saving it for the “Blast from the Baseball Past” entry I hope to write on the game eventually. In the meantime, here’s Zack’s entry on the game.

First of all, since this is the first entry of its ilk, let me go through what this series of entries unofficially is. There are many people who I mention or just appear in my ballhawking entries, so these entries are to give you some background into the person and my relation to them. (So why they are even appearing in the entries.) Zack, for the .0000009% of you who don’t know, is the snagger of 6,459 baseballs (as of January, 14, 2013), and as such has appeared in a ton of my ballhawking entries since we are often at the same game in New York.

If you didn’t pick it up in the paragraph where I described how I met Zack, Zack was the one who taught me how to ballhawk. He was the inspiration for me starting to ballhawk and the reason this blog exists in general. Granted I haven’t written any other of these “Character of Observing Baseball” entries yet, but I’d say this is probably the hardest to write since there is so much known about Zack already out there, so most things I would write would be redundant. That, and my encounters with him are numerous enough that I can’t just narrate to you those one or two times I’ve been to the same game as him. My best advice is to click the “26” earlier in the entry and simply read a few of the entries for my experiences at game with him. So, good people, I give you a few links to somewhat get to know Mr. Hample yourself:

And, for fun: 4. Wikipedia Page

Now, just because I think you were too lazy or whatever to click the “26”, here are some of the synopses of the games we have both attended:

1. 4/9/11 Nationals at Mets- Every ballhawk in the New York it seemed came to this game because back then everyone went to Citi Field instead of Yankee Stadium only to find out that the reason they had gone there had been taken away from them by the Mets in that the Mets pushed the gate opening time from two-and-a-half hours before first pitch to two hours before it.

2. 4/14/11 Orioles at Yankees- Zack formally introduced me to Ben Weil forcing my first memory of Ben being the scrapes on his legs from the Yankee Stadium ground.

3. 4/17/11 Rangers at Yankees- I showed up half way through batting practice for this Sunday Night Baseball game only to almost out-snag Zack for the first time ever.

4. 4/21/11 Astros at Mets- I got Zack to sign my copy of “The Baseball and got Nelson Figueroa to sign a ball and take a self-shot with my camera. What did Zack snag? Only the first ever mygameballs.com-recorded Citi Field home run snag, which just so happened to be Mike Nickeas’ first career home run.

5. 7/24/11 Angels at Orioles- Zack caught Mike Trout’s first ever home run, so I got to have a semi-behind-the-scenes look at OPACY and got to see a 19-year-old Trout in person as he met with his family for the first time after hitting his first major league home run.

6. 8/1/11 Marlins at Mets- This time it my turn to snag a game ball. I snagged an Angel Pagan foul ball which Zack, myself, his half-brother, and his half-brother’s son had fun taking pictures of (none of which show up in the entry, but I that was the main interaction during the game).

7. 8/15/12 Rangers at Yankees- There was a bunch of rain , so Zack explained to me the difference between him and Mickey Mantle, helped me snag a ball from a groundskeeper, and provided almost half of the pictures I used in the entry.

8. 8/24/12 Astros at Mets- Since it was my last game before going off to school in Minnesota, I rode back the entire subway journey back with him and Greg Barasch.

9. 8/14/11 Rangers at Yankees- I did a “Before The Gates Open” video in which Zack made a ridiculous cameo–from which the picture up top is a screen cap of.

I think I could write more about the other games, but again, check them out. Mostly because I don’t feel like transcribing the entries all into this one single entry. And if you were wondering…Yes, making it so you can find every game I attended with any given ballhawk through tags is one of my mini-projects under the larger project of re-doing the blog this winter. I already have it so you can see every entry a certain player hit or tossed me a ball, but I realize now that I had no clue what tagging entries actually meant. So if you notice, as of late, I haven’t really been tagging the entries myself; I’ve just been using all fo the tags WordPress suggests for me. That’s because I’m trying to figure out what I actually want my tags to be used for. Once I have a concrete idea and get up the motivation to undertake the project, I’m going to re-do almost all of the tags. That’s yet another reason why I got rid of so many entries from the past. Anyway, if you couldn’t tell, the main part of the entry is over, so this is the part where I tell you to vote for the entry(s) you would like to see next if you haven’t already:

And here are the already-exhausted entry ideas. For those who don’t know, after all of the items on the poll get written, I will put some of the exhausted entries back up and we’ll do this all over until Opening Day (yes I capitalize it; it’s a national holiday) rolls around:

5. Tour Target Field when there’s snow on the ground- 26 votes