The Rays were the beneficiaries of (reportedly) the greatest day in baseball last year: 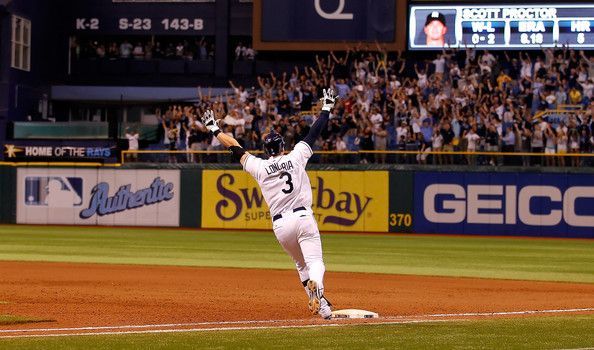 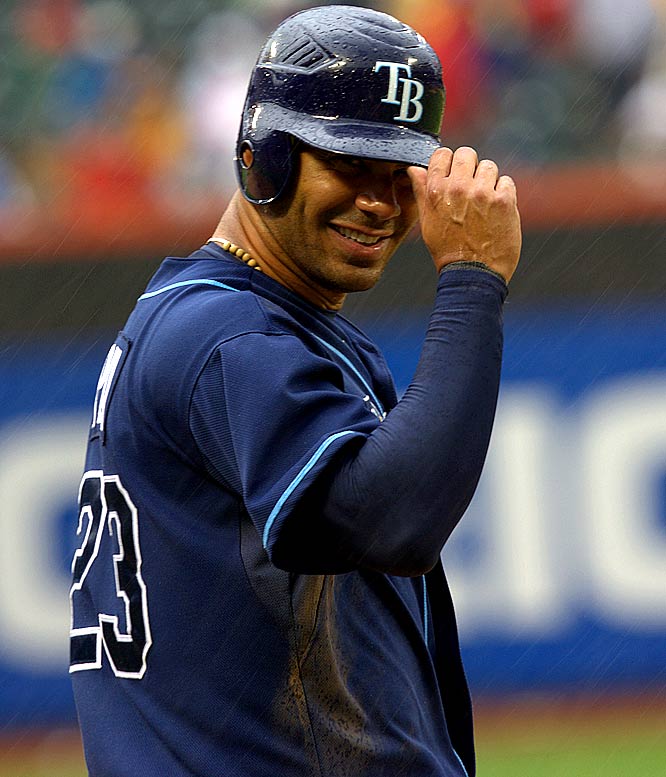 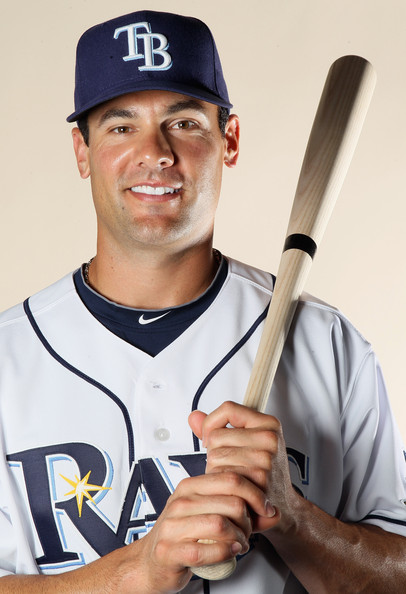 Why?: Really every thing they lost, they replaced, and they also added talent. They replaced Casey Kotchman with what I believe to be a better first baseman in Carlos Peña. They downgraded a little by replacing Shoppach with Molina, but also added a very good player in Luke Scott, who I see most likely to be the Casey Kotchman of this year for the Rays in that he will over-perform his contract.

Andy Sonnantine would have been a reliever for the Rays (because of the depth of their rotation), so they over-replaced him with  Fernando Rodney, Burke Badenhop, and Josh Lueke. This was a huge bolster for a bullpen depleted from their form two years ago.

I haven’t even gotten to what may be their best move of the offseason. Okay, so it really wasn’t an addition, per say, but signing Matt Moore to a 6- year, $14 million (or something in that range. I’m sure of the money, but not the years), contract was probably a good move, potentially a spectacular. For those who don’t know, Matt Moore is ranked in the same echelon as Stephen Strasburg. This is $2+ million a year for an ace-type pitcher for six year. They then have a secondary part of the deal made up of club-options that make the deal a total of 8 years and $40 million (this I am sure of).

You may or may not remember that Evan Longoria signed a similar contract (6 years 17.5 Million on his seventh day in the league, or something ridiculous like that). Well, doesn’t that look like an incredible deal now? They can’t really lose that much. At worst, they are losing the $16 Million over the first part of the contract if he stinks, or injures himself. Even for the low-budget Rays, that isn’t a huge blow. The upside on this deal is enormous, though.

What more can be said about the Cubs 2011 season than any other season: 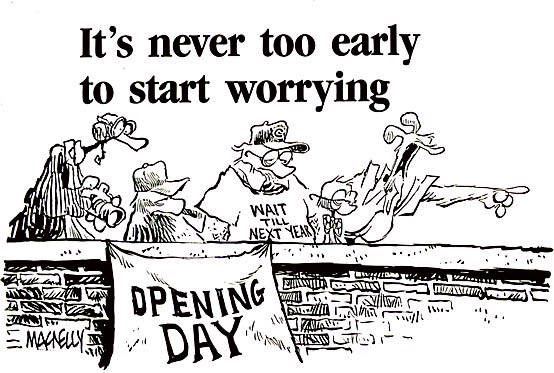 Actually, this streak is so bad and long it deserves both a picture describing the Cubs’ 2011 season/last 103 years AND a video doing the same. Check it out: 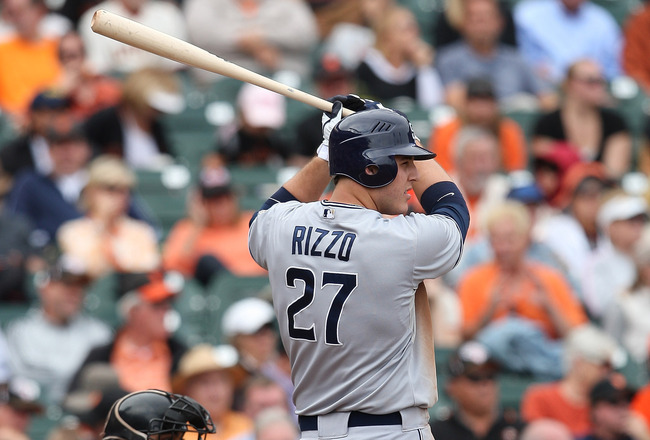 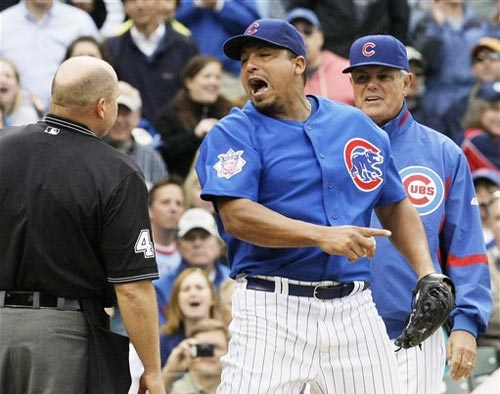 Why?: First, I realize that the pictures I chose may not be the best ones to put up. I just really put up the most hyped transactions this offseason for the Cubs. Also, now that I realized I probably made a mistake, I don’t feel like pulling the pictures and putting new ones up.

Anyway, the common theme in my comments on Cubs fans’ MlBlogs was that I was glad for them that the Cubs finally decided to go into full rebuilding mode, because the “in-between” stage they have been in for the past few years has really been hurting them. So you may say, “Well, Mateo, then why do you have them at such a low grade in a D+ if you think they are actually doing a good job?” This is a valid question. The answer is that I did give the Cubs brownie points by bumping their grade up from a D (which is usually the protocol when I can’t give the team a high grade, but like the way they handled things). However, I couldn’t give the Cubs a legitimate grade, because the majority of what goes into it is how it improved the team for winning in 2012. The Cubs set themselves up well for the next few years, but I don’t know what planet you’d have to live on to think paying $15 million+ for Chris Volstad is helping the Cubs win in 2012.

There are other examples, but I think you get the gist of things.

They did win the most games out of anyone in the American League: 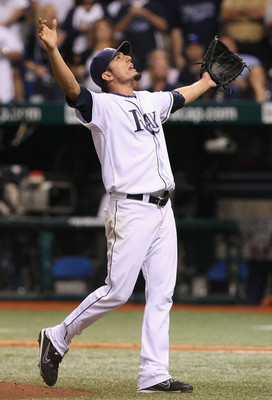 because I knew the they won the AL East but it is still shocking in retrospect. 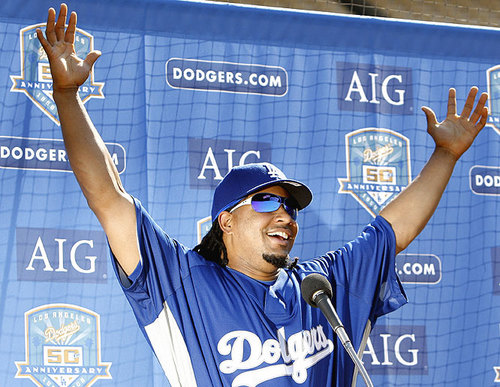 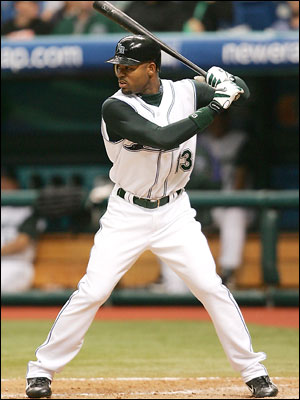 Why?:  Well, let’s see where to start? For one, that is the first three line notable subtractions segment I have written. Normally, its about five guys that are notable and then ten or something minor leaguers that they lost to free agency. Here, it was just the opposite. I think everyone knew that this was the year they would lose most of their top talent but they lost the barn with the cows, losing so many people in their bullpen:

They did sell the barn to strengthen the farm though. They definitely know what to do with high draft picks. There was a book written on the subject. I think that the Rays will be better in the future because of not paying for their core but the grade is still how they helped their team THIS YEAR.

So, will they one up last year? No, but will they have a solid “time waste” year? What does that even mean? 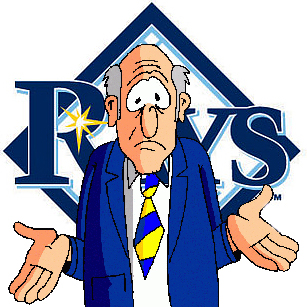 Predicted Record Range: 65-70 wins Even if they can get a lot of runs. I see this being like the 2007 season. If anyone remembers, they would get ahead of very good teams and then give up afew runs late in the game because of their bullpen and lose. Their bullpen is even worse now but I think that their offense is much better as well. That year they didn’t have Evan Longoria in their line-up.