First of all, here, is the initial link.
I actually vlogofied this entry. The video is below.

Not much better than winning the World Series:

Though like many champions, the players wanted more money. 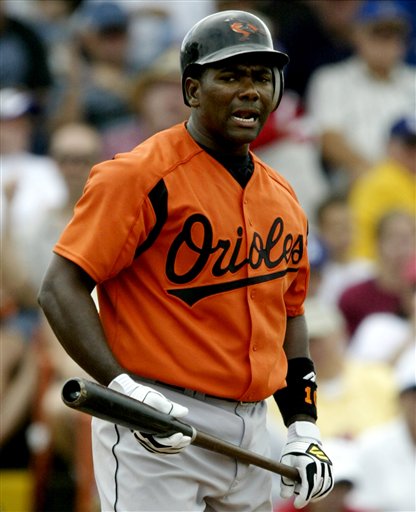 Why?: Let us just say that they were a few players away from an F. They lost 3 starters from their World Series team and also overpaid for some of the players they kept. The reason they didn’t get an F was, they let the right players go.

Renteria was overpaid and is still deteriorating (which kills me as he is a fellow countryman of mine). Uribe was also a good player to let go because of his absolute lack of patience. He is underrated as a defender but it is good that the Giants are trying to rid themselves of the culture that put them last in the league in OBP in 2009 and in 19th last year.I also like the fact that they kept Aubrey Huff and Cody Ross. Even if they did overpay for them. The biggest thing all these transactions do is, enter in a new era of offense to win more championships with that outstanding staff

The Pitching will continue to improve. That’s right IMPROVE. The front three I don’t see regressing and Jonathan Sanchez can actually improve by just cutting down on balls. Barry Zito may or may not figure it out (he won’t be in the rotation but the pitcher I want to focus on is, Madison Bumgarner. Remember that last year was essentially his rookie year. The only thing I see getting in his way this year is how  much he pitched last year with the unexpected playoff run. Unless this affects them, I actually see the Giants Pitching as well as the Phillies this year.

Predicted Record Range: 89-94 wins. Pitching wins championships but I see them not moving up that much because they lost all that offense (for them it’s a lot).

Up Next: San Diego Padres

For so long they had struggled at the bottom of the NL Central with the Brewers and Pirates but last year:

Edgar Renteria, Jeremy Hermeida, and Dontrelle Willis (if he ever figures it out again).
Notable Subtractions: 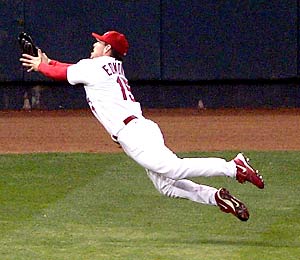 Jim Edmonds, Arthur Rhodes, Aaron Harang, Micah Owings, and Orlando Cabrera.
Why?: Let’s calculate the net worth relative to last year, shall we? A colombian for a colombian makes me more likely to see a Reds game, but hinders them defensively and does not do anything for their offense there. An Edmonds for a Hermeida does not help them in any aspects except maybe future production. Aaron Harang and Micah Owings for Dontrelle Willis lowers the pithing talent substantially and slightly lowers the offensive production of the position (Owings is great hitting pitcher but Willis was pretty good himself).
Then there is the outright loss of Arthur Rhodes. He had a career year last year but if he returns to anywhere near that it will be a big loss to their bullpen that might be covered by the emergence of Aroldis Chapman.
Overall, they had an answer to all their losses but they were lower quality versions. When you replace parts of a high quality machine (that may or may not be red) with lower quality parts then the quality of the machine as a whole will be lower.
Predicted Record Range: 85-90 wins. Like I said in the above paragraph, the team will be of lower quality. Granted, they still have the no-fluke MVP of last year but they also had A LOT of comeback wins which are not easily repeatable.
Up Next: St. Louis Cardinals